PLACES – The raid from Beijing to Paris 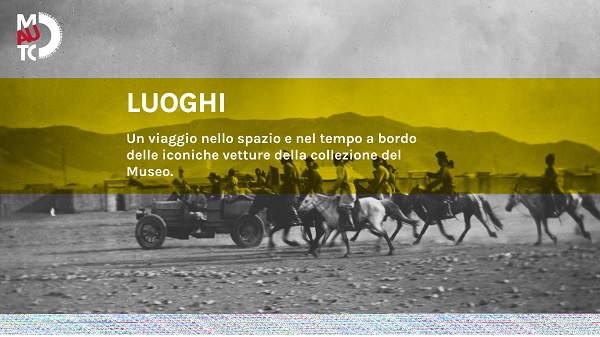 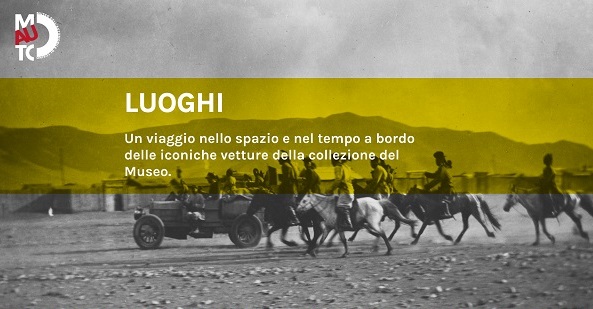 The raid from Beijing to Paris

Right to the center of the world. 1907 –  The raid from Beijing to Paris in sixty days

“Is there anyone who agrees to go from Beijing to Paris next summer by car?”

This was the curious announcement published in January 1907 in the French newspaper “Le Matin”, addressed to the daredevils of the automobile: who in 1907 could have the courage to undertake such an adventure?

At the beginning of the twentieth century cars still aroused a mixture of interest and skepticism, a vehicle only for a few and wealthy privileged people, destined to become a symbol of modernity within a few years, thanks to a group of intellectual founders of the famous artistic movement called Futurism. 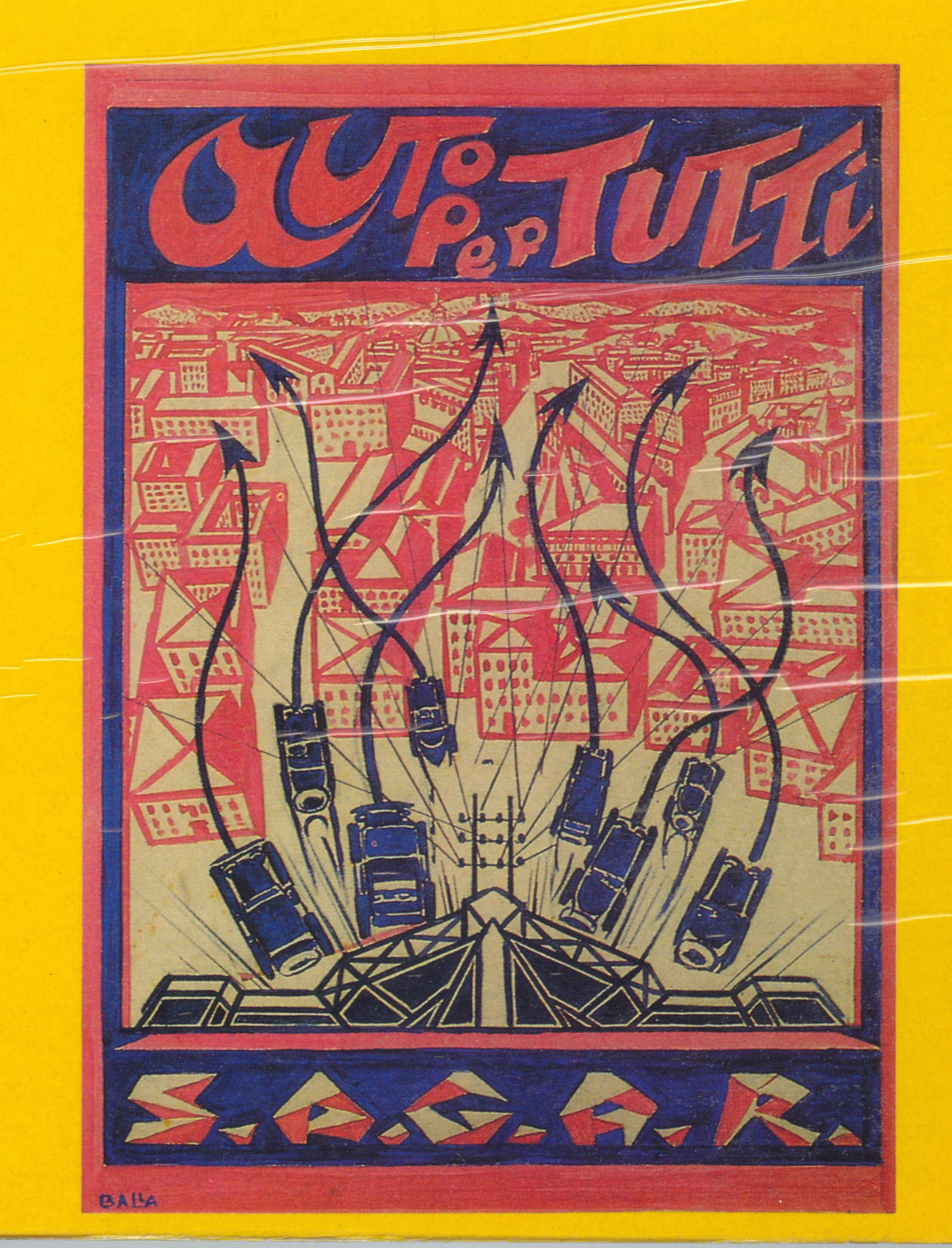 The French automotive industry was among the first in Europe at the beginning of the twentieth century and, sure of having dominance over other nations, it had launched the challenge: “We thought that the best French industry had the right to want, in order to prove itself to the face of the world, a wider field ”. And the chosen itinerary could not have been more adventurous since it involved starting from Asia through China, Mongolia and Siberia, before reaching better travel conditions on European roads. 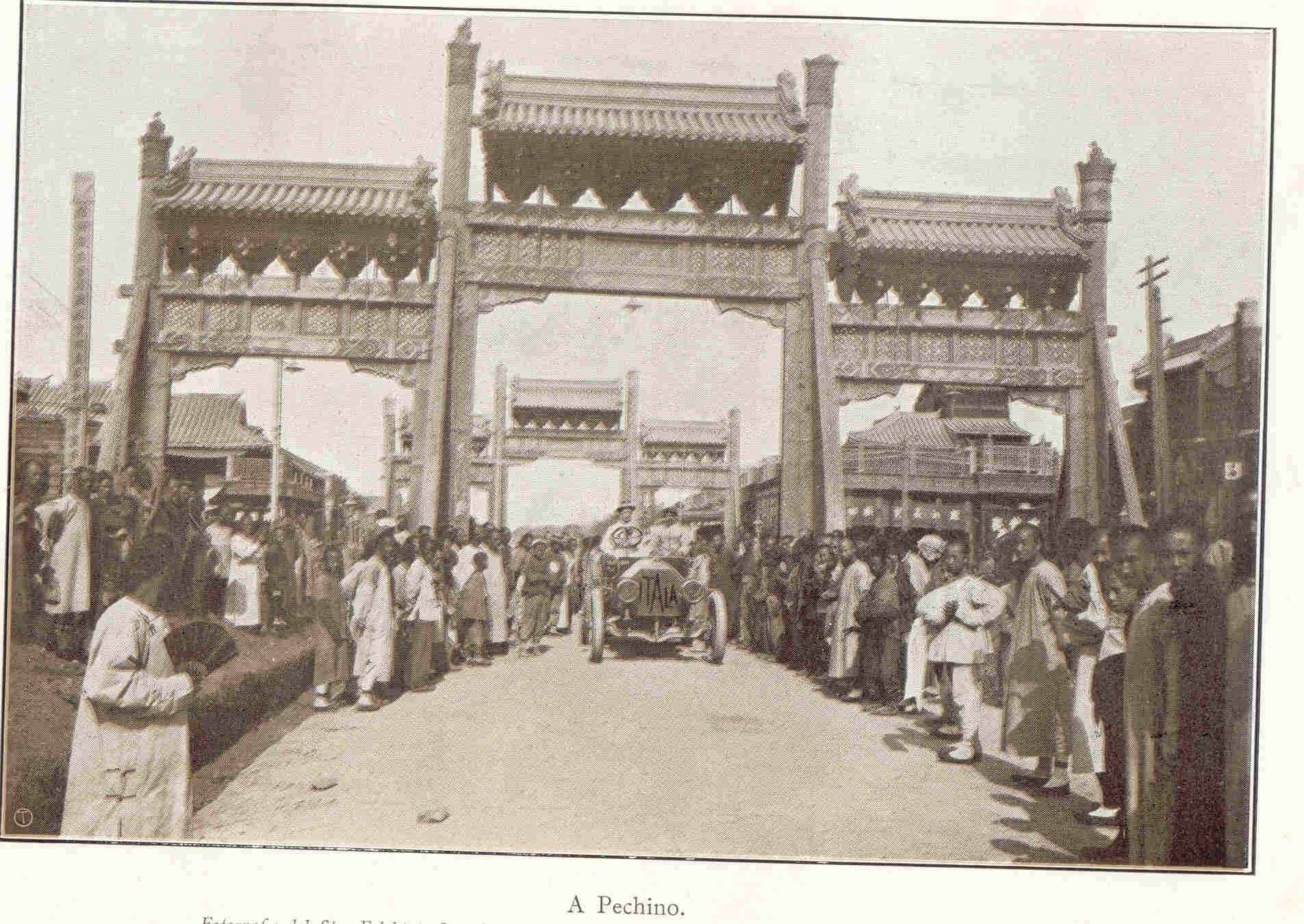 Prince Scipione Borghese showed up at the starting line in Beijing on the 10th of June, driving an Itala 35/45 Hp, flanked by the irreplaceable trusted mechanic Ettore Guizzardi and the journalist Luigi Barzini, correspondent for Corriere della Sera; Charles Godard, in the Dutch Spyker car; a Contal tricycle driven by Auguste Pons and two De Dion Bouton light cars, driven by Colignon and Cormier, accompanied by journalists Jean Du Taillis and Edgardo Longoni. 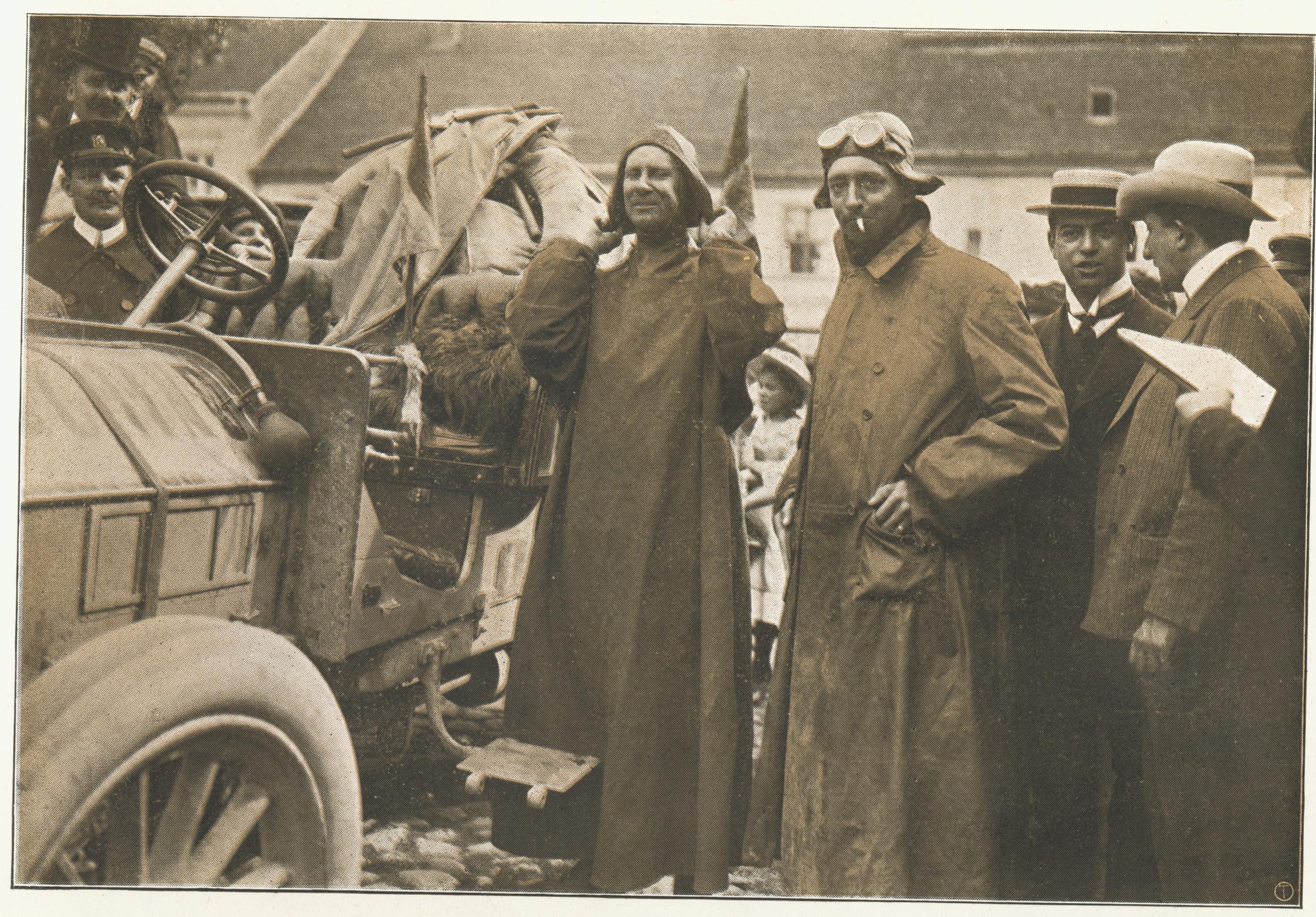 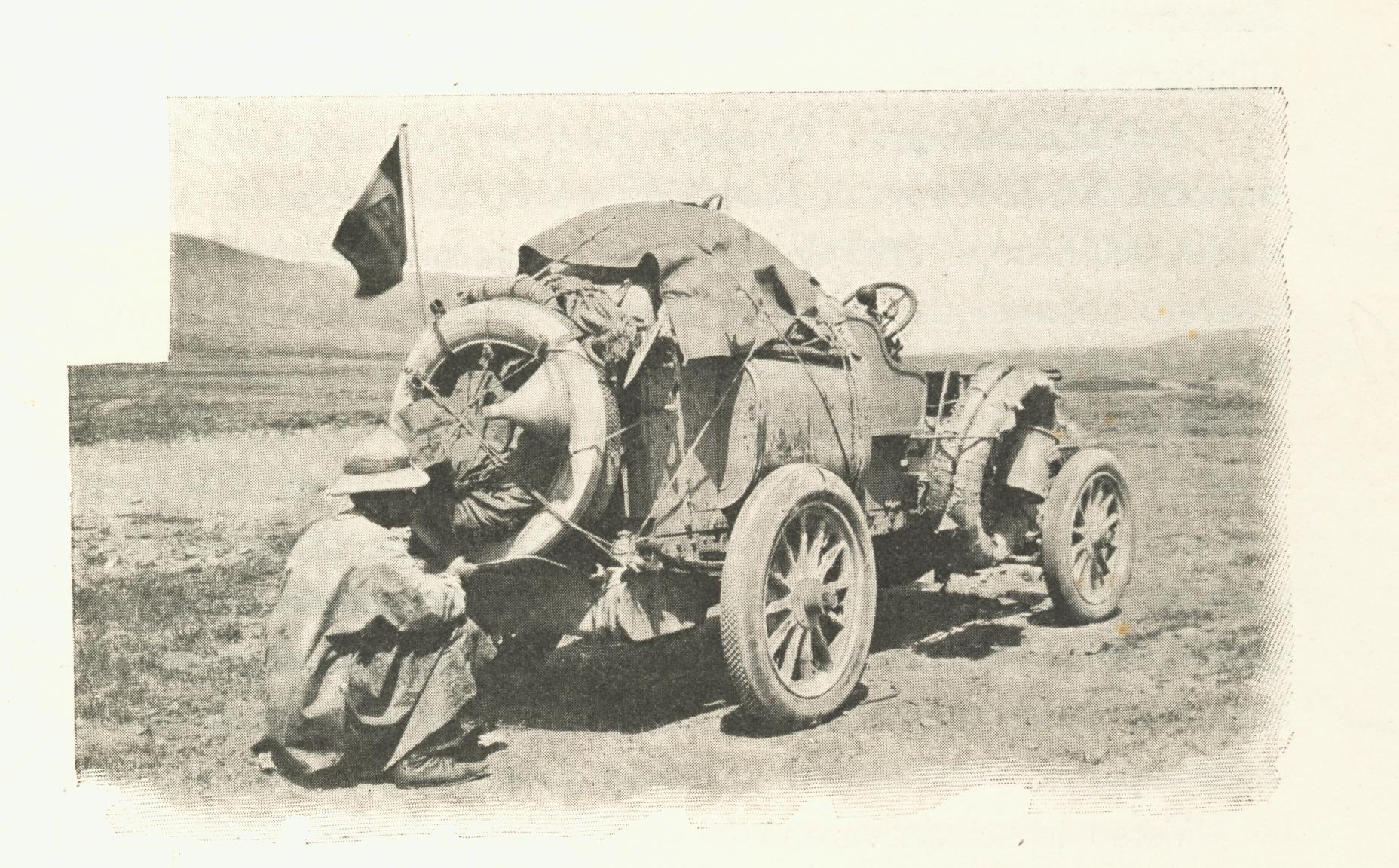 The pitfalls of the route were innumerable from the start, so much so that Pons almost risked his life with his Contal tricycle, lost in the Gobi desert without petrol or food, and then withdrew from the race. Prince Borghese, sure of the power of his car and his organizational skills, immediately proved to be the favorite. Here is the description given by Barzini, his admired traveling companion: “He has a prodigious mind. Everything that the eyes have seen remains as photographed on it. And all that the ears have heard. Names, dates, phrases of oriental languages, the most difficult things to remember, remain engraved in that iron memory. […] His organization of the Beijing-Paris race is all a demonstration of his ability to calculate. Will must be added to the calculation. A will that Prince Borghese exercises over himself before over others “. 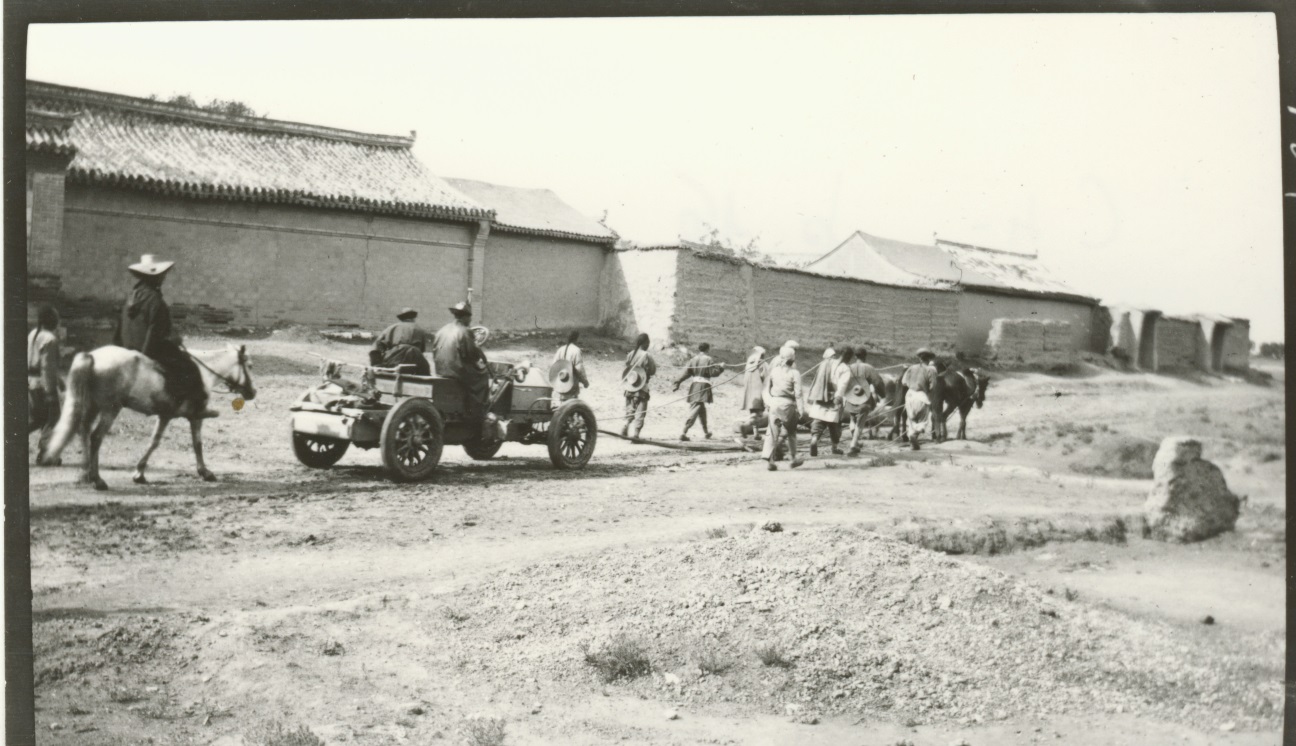 The landscapes were impervious, often inhospitable, the roads non-existent and muddy, the bridges unstable and dangerous but it was an exciting journey and Barzini witnessed the most important events, like when he described all his wonder in front of the Chinese Wall: “Viewed from a distance merged and confused with the mountains like a prodigious shaping of their own peaks and their sides, it does not give the impression of a human work: it is too vast, and what one sees of it is only a thousandth part of it. One would rather say a fantastic oddity of the land that emerged due to the work of immense and unknown natural forces: the product of a creative cataclysm ”. 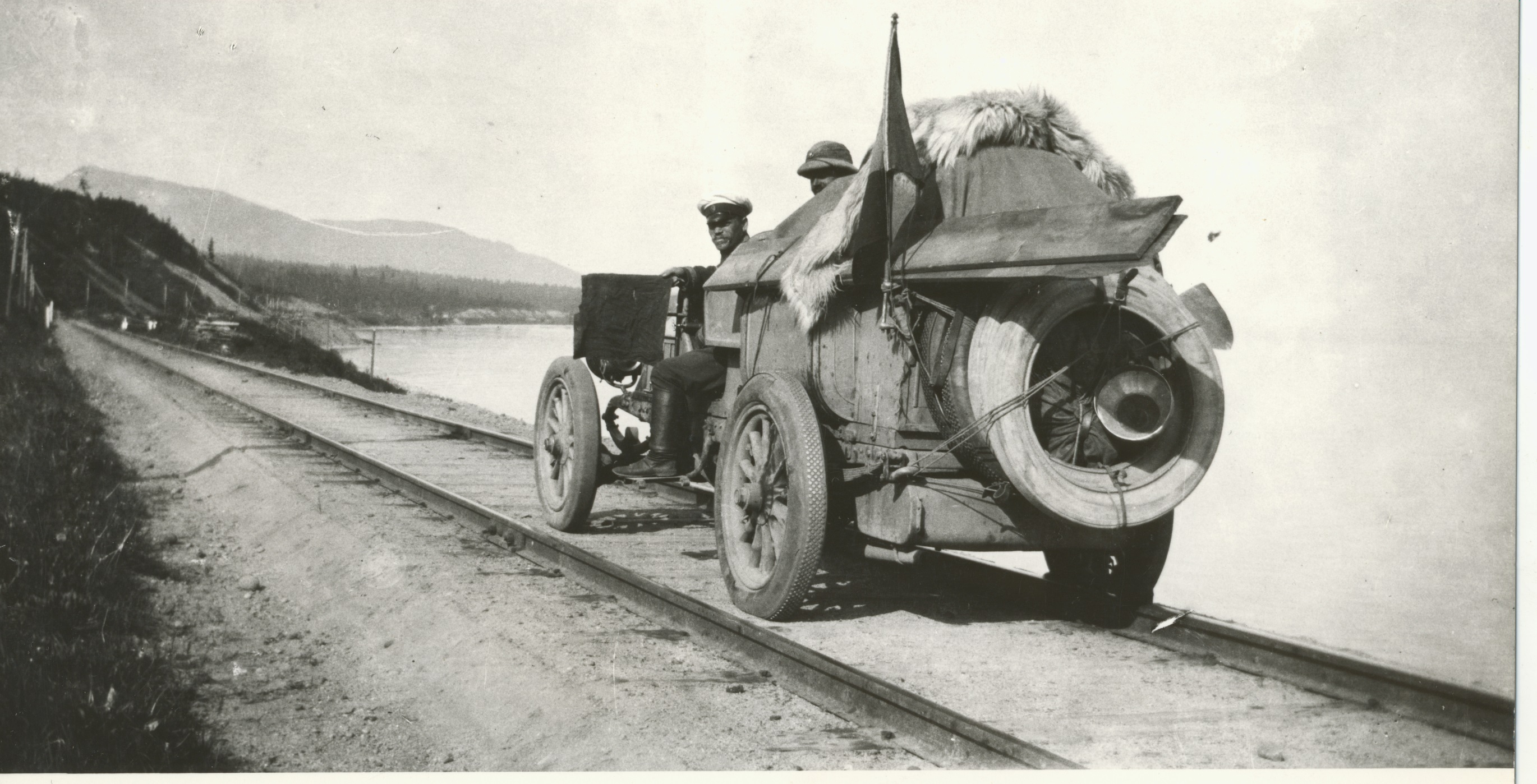 On the Transbaikalia railway

The trip takes place for the Itala in sixty days: the triumphal arrival in Paris on the 10th of August, twenty days earlier than the other competitors, decreed the victory of Scipione Borghese. 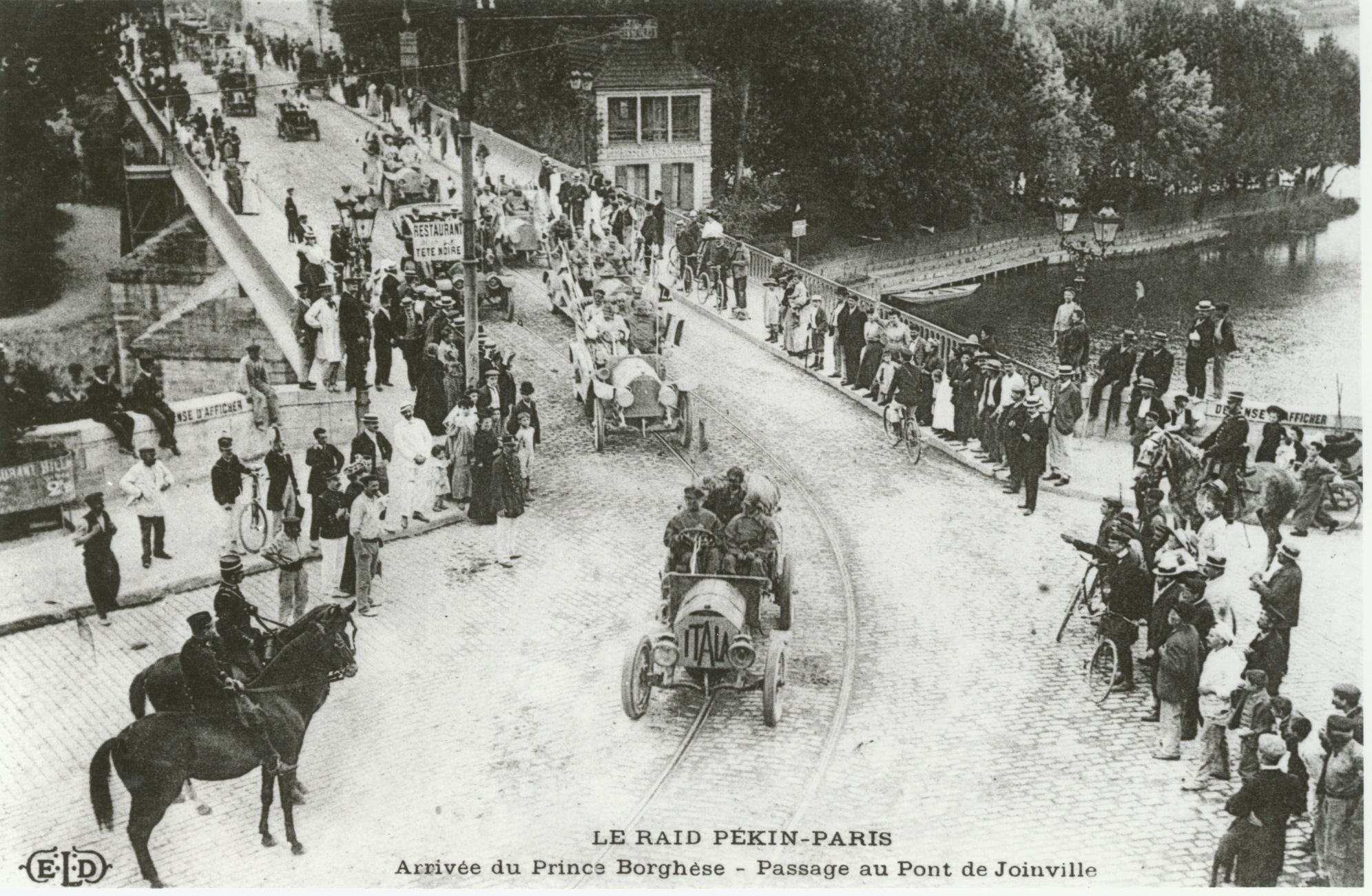 The arrival in Paris – on the bridge of Joinville 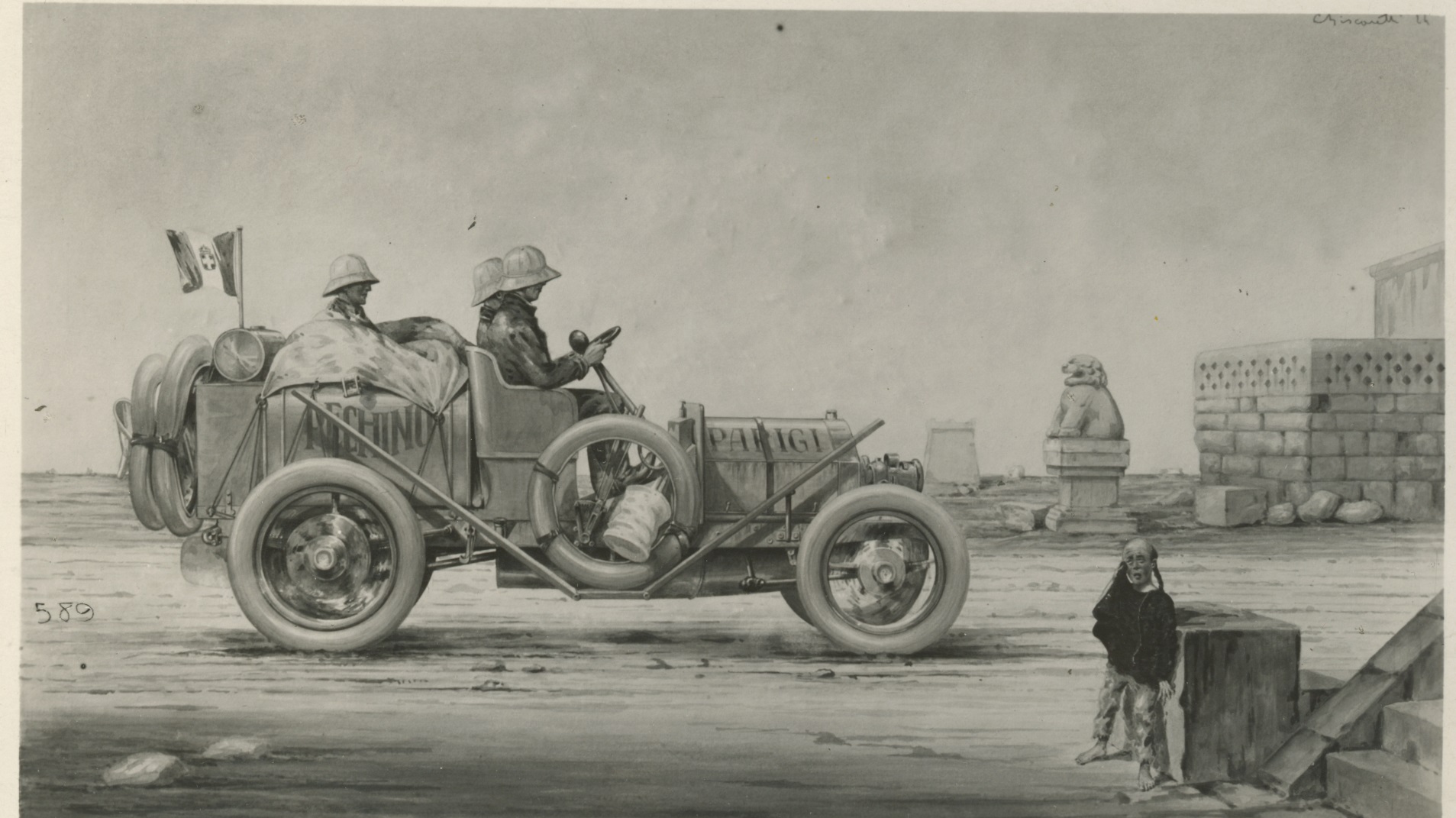 This Jules Verne-like adventure fascinated public opinion, which was carried away by the travel reports of the journalists involved in the raid, first of all Barzini, aboard the winning Itala 35/45 HP. His articles became a bestseller, “Half of the world seen from a car. From Beijing to Paris in sixty days ”, an extraordinary testimony of a journey without limits or borders. And its indisputable protagonist, the Itala renamed “Beijing-Paris”, can still be admired today by visiting the National Automobile Museum in Turin. 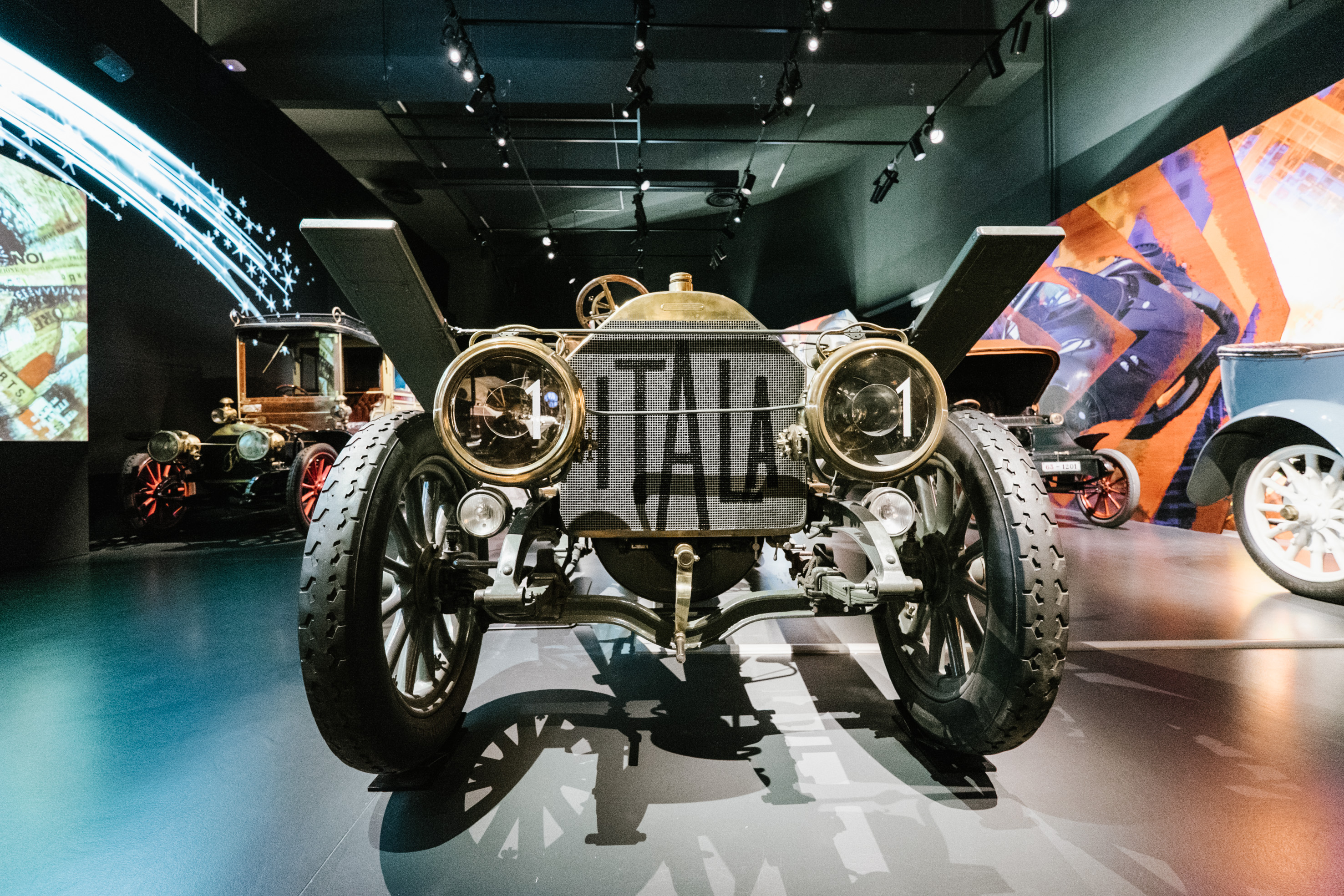 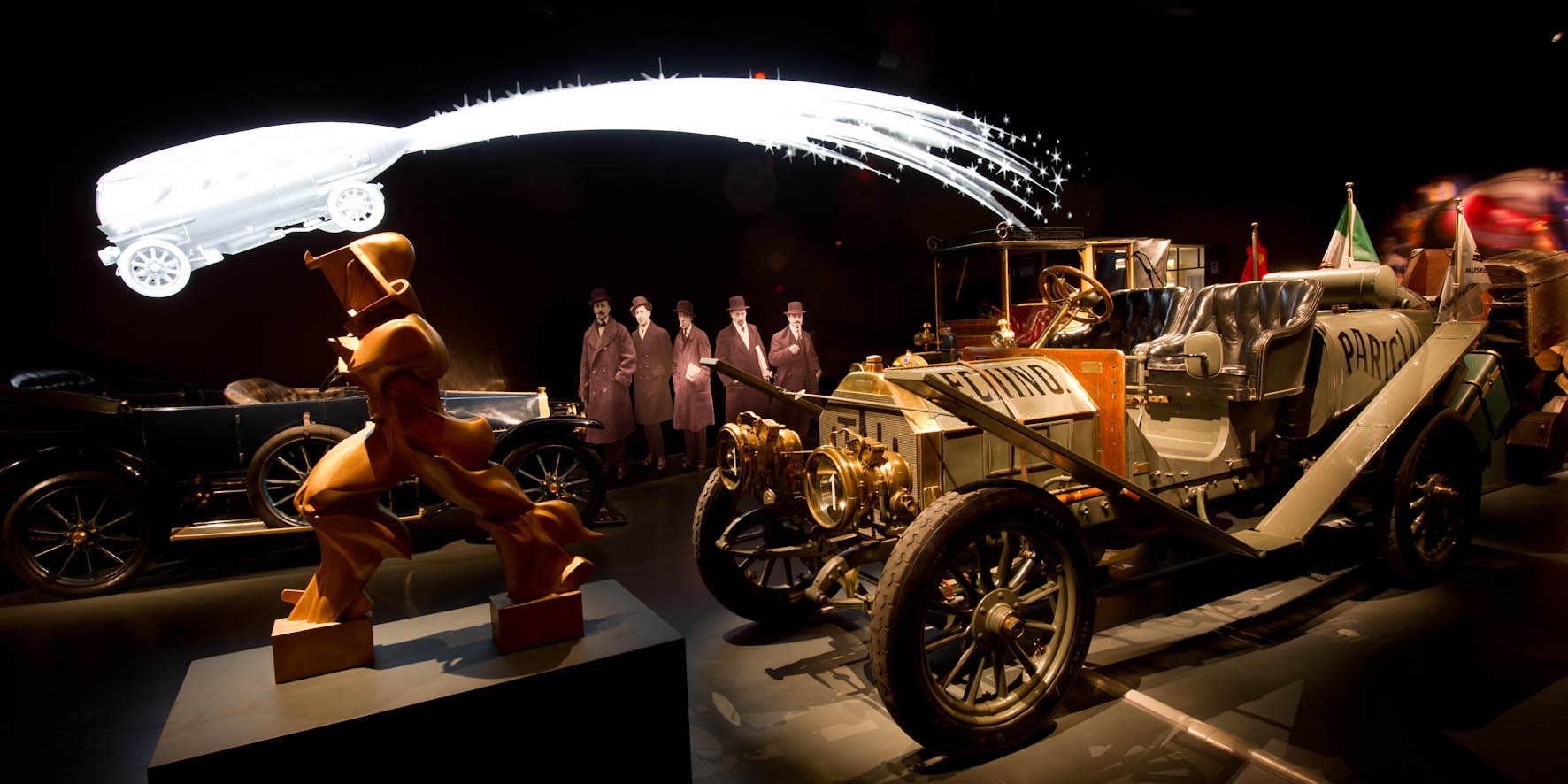