THOSE BRAVE MEN ON THE VIRGIN ROADS Nuvolari, Varzi, Campari and other heroes at the Cuneo Colle della Maddalena 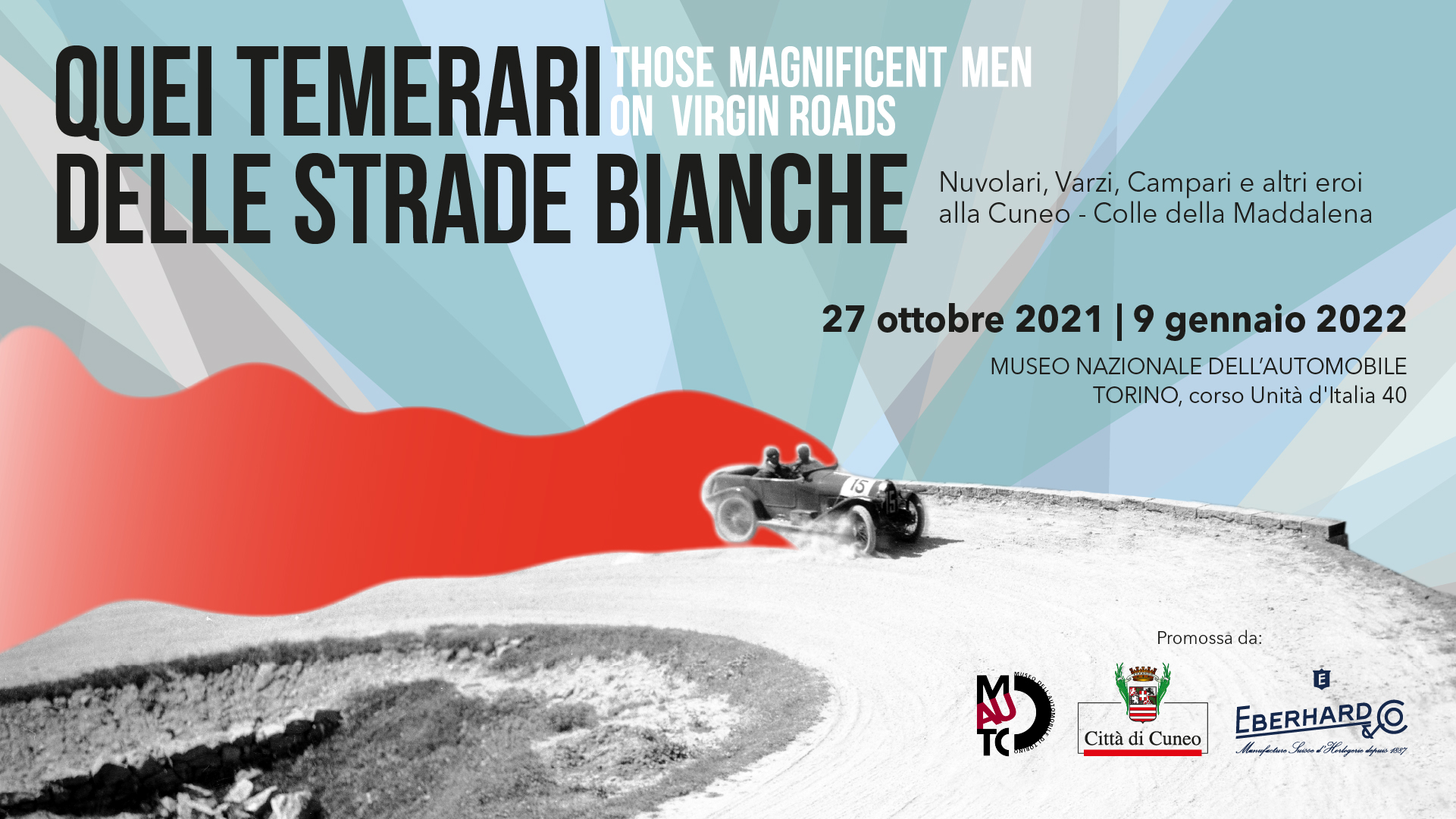 The roaring uphill race “Cuneo-Colle della Maddalena” and the wild state of the Italian roads of the time are at the center of a new exhibition that the National Automobile Museum, the Municipality of Cuneo and the Eberhard watchmaker inaugurated at  MAUTO on 27 october . It is called “Those brave men on the virgin roads” and promises to give to the public some powerful suggestions: forty pictures taken by photographer Adriano Scoffone in the editions between 25 and 30 and populated by the myths of the time, led by Nuvolari. And then three of the sensational cars that competed, will also be included in the scenographic and story system curated by Giosuè Boetto Cohen with the collaboration of Angelo Sala, former director of the staging of the Teatro alla Scala. But the exhibition has other surprises in store for its visitors. The public will be greeted by the notes of a suite for organ and orchestra dedicated to engines. Marco Robino, Peter Greenaway’s musician, wrote it. Alongside the original score, there will also be a multi-projection that reconstructs the atmosphere of the city of Cuneo in the first half of the 1900s.