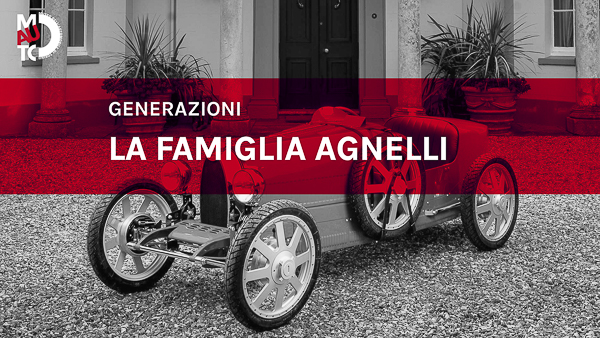 In Turin at the end of the nineteenth century, the Burello café was the meeting place of the rich Turin bourgeoisie and the center of that automobile movement that led the city to become the capital of the Italian automobile.

This is how Carlo Biscaretti of Ruffia describes the young aristocracy that finds itself there: “we were all young, enthusiastic in the grip of a kind of automotive euphoria, and in the knight Agnelli we instinctively felt our spiritual leader who forced us to witness his disputes, in which he already gave clear signs of his vision of the future and of the creative power”.

Giovanni Agnelli, born in 1866, was a young cavalry lieutenant when he went to visit Professor Enrico Bernardi, of whom he had eagerly read the monographs dedicated to his studies on mechanics being fascinated by his research on the petrol-powered combustion engine, and personally witnessed the tests of the “Lauro” engine, filed as a patent in 1892 and presented mounted in the first three-wheels in a row motor scooter.

At the time, cars was still a laboratory experiment but Agnelli returned to Turin with a project in mind that could not remain unrealized. At that time he loved to spend his days at the workshop of Luigi Storero, a daring pioneer who traded in tricycles imported into Italy under the name Phoenix, and Dion engine. And it is actually riding one of these first motor vehicles, to be precise a quadricycle, that Agnelli participated in 1899, together with his friend Biscaretti, in the race organised on the occasion of the annual Verona Fair, winning brilliantly in the category of “light cars”. 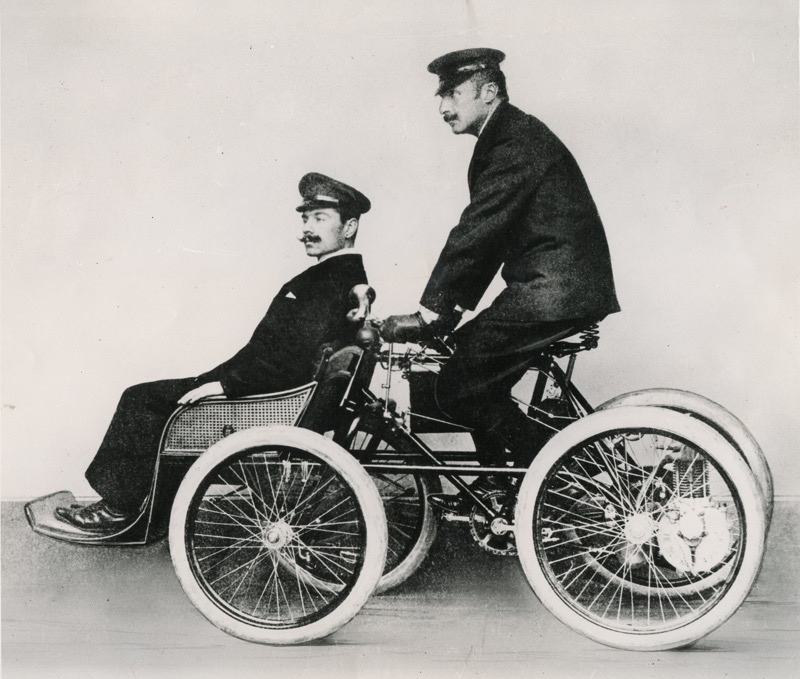 Animated by a tenacious will and an indefinable creative spark, Giovanni Agnelli immediately let himself be fascinated by cars. Among the founders of FIAT – Fabbrica Italiana Automobili Torino – he managed to understand that from a luxury object, intended for a few elected, cars had to become a mean of transport for daily and widespread use, and the only way to achieve its goal was to apply the strict industrial criteria to the still aristocratic and artisanal production of cars. Piero Gobetti, who knew well Turin and the social movements linked to the industrial drive of the first twenty years of the twentieth century, did not spare him criticism but called him “a solitary hero of capitalism”. His true strength was immediately an innovative vision and a strong international push that led him to look at Henry Ford’s American production model and the technical experiments tested on powerful racing cars.

After all, his passion for engines had been fueled by participating in sports competitions himself and he knew how to recognize the skills of a good driver. His team counted the names of the protagonists of that first season of competitions that will decide the beginning of Motor sport: Vincenzo Lancia, Pietro Bordino, Felice and Biagio Nazzaro, Alessandro Cagno, Carlo Salamano. 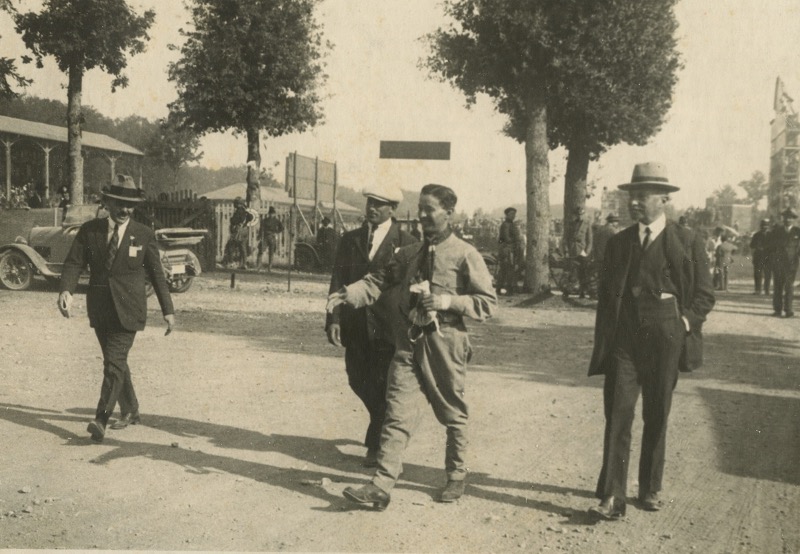 The heir to the automobile empire was his son Edoardo, a cultured man and sports enthusiast, destined in his short life (he died in a tragic accident in 1935) to remain in the background to the so predominant charisma of his parent. Carlo Biscaretti kept a dear memory of him, because he was among the first to support the birth of the Museo dell’Automobile in Turin, in 1933, contrary to the initial scepticism that had distinguished the pragmatic Senator Agnelli. It was his desire to donate to the Museum the Fiat 520 convertible from 1928, the elegant 6-cylinder car, built by Fiat in over 20,000 units at a cost of 31,000 lire, which was the first in Italy to have the left-hand drive. She belonged to Edward’s wife, Virginia Bourbon del Monte, and it was her who formalized the donation to the Museum in 1937. 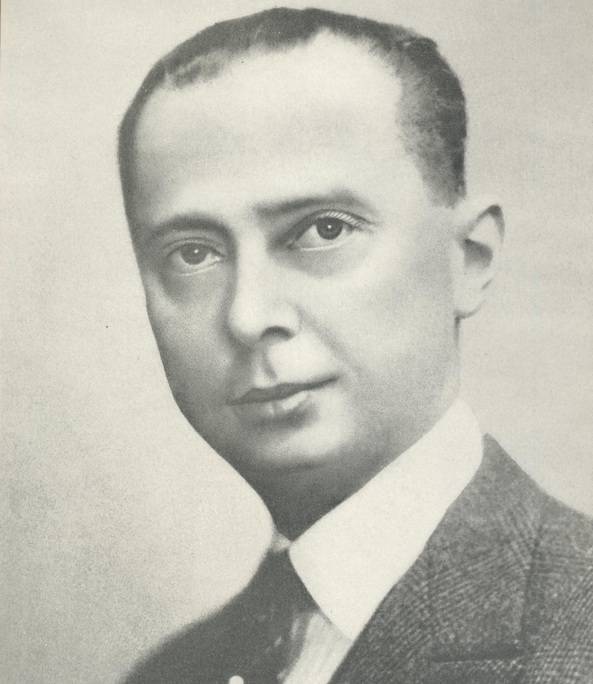 Following the untimely death of his father Edoardo, it was his eldest son Gianni (born Giovanni), who was appointed as heir to Senator Agnelli, who died in 1945, in the difficult moment of reconstruction of the company after the Second World War.

At his side, until the 1960s, a key man for the years of economic rise, Vittorio Valletta, already a trusted man of the senator, with whom FIAT achieves important goals. Agnelli’s contribution in the company’s history becomes decisive especially in the difficult years of the crisis, in which he shows that he knows how to move skillfully in the world of entrepreneurship as in that of politics, flanked by his beloved brother Umberto.

The life of Gianni Agnelli, better known as the Lawyer, was a life of passions. One of them, perhaps the strongest and most rooted in his DNA, was the one for cars. As a child he dabbled in driving a Baby Bugatti, a small car with an electric motor, scale model of the Type 35 racing, made in 1927 by Ettore Bugatti for his son Roland and produced in about 90 units, for the lucky children of an elite who could have access to such expensive fun. A precious childhood game to which Gianni remained attached and which he donated in memory of his friend Biscaretti at the time when the Museum was finally inaugurated in the headquarters of Corso Unità d’Italia in 1960. 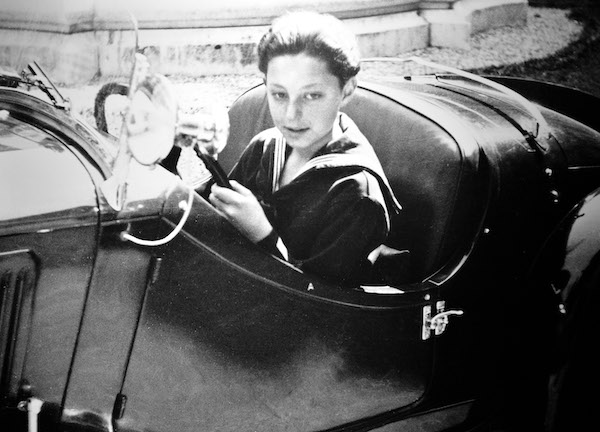 A Museum to which the lawyer had been linked since the years of Carlo Biscaretti’s strenuous search for new headquarters, obtained and built also thanks to the strong economic support of FIAT, which was the driving force behind the participation of many other companies in the automotive sector. And it was always through the intervention of Gianni Agnelli that the board of directors decided to name the Museum after Carlo Biscaretti, on the occasion of the opening to the public in 1960, in which its founder, who had passed away a few months earlier, was absent.

A passionate and great connoisseur of cars, Gianni Agnelli was also a sophisticated collector, his 1936 Mercedes 540 K for example, was also donated to the Automobile Museum, a luxury sports car, with an 8-cylinder engine, supercharged by a volumetric compressor that can be inserted from the driver’s seat, 180 hp of power and very high performance. Very few were produced by Daimler Benz’s factories and it is considered an excellent example of the german pre-war car technique. 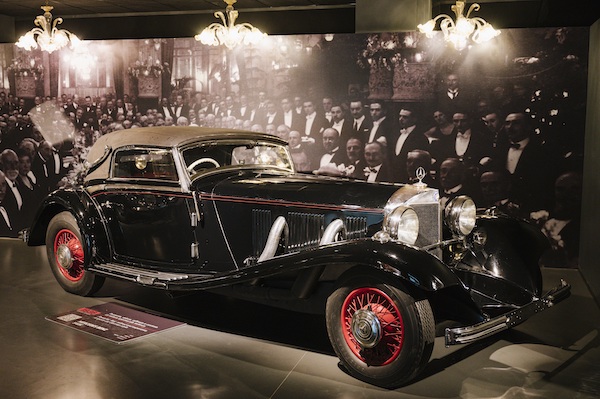 Mercedes 540 K on display in the “Everything changes” museum section

The cars considered as collectibles were flanked by the large out-of-series that he loved to drive, which in turn became objects of worship and veneration by a group of passionate lovers of the myth of the Lawyer.  Extraordinary models, with a particular predilection for “tailor-made” packaged Ferraris, such as the Ferrari 166 MM Barchetta Touring 1950, certainly one of the most beautiful, with 140 horsepower V12 engine, blue and metallic green bodywork, strongly desired by Gianni Agnelli, despite the initial contrary opinion of Carlo Felice Bianchi Anderloni, and light leather interiors, still exhibited in the most important museums in the world and winner of the Concorso di Eleganza di Villa d’Este in 2015 , and the 1954 Ferrari 375 America Coupé Speciale, coached by Pininfarina with a unique line of particular overseas taste, green tones and red leather for the interior. But if owned by the lawyer, even “spiaggine”could become glamorous and fashionable, open cars with wicker elements, colors and beach fabrics with which Gianni reached the exclusive seaside resorts of his beloved Côte d’Azur. These include the comfortable and elegant Fiat 500 1958 with Boano bodywork, with wooden finishes and midollino seats, built on a Fiat Nuova 500 base but modified by Mario Boano also in the chassis, for greater habitability and comfort. It was so admired that Agnelli had one similar to it made  for his friend Aristotle Onassis. 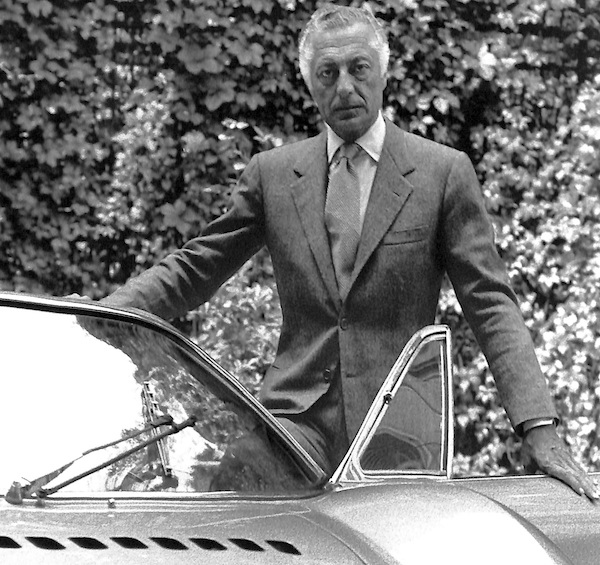 Gianni Agnelli next to his Ferrari 365 P Berlinetta Speciale, 1969

Sporting passions – Juventus, Ferrari and his stealth sailboat – played a predominant part in his life, the only ones capable of leaking his controlled aristocratic soul in public. If Juventus was already a family love in the days of his father Edoardo, who was its President from 1923 to 1935, making it the star of Italian football, the collaboration with Ferrari in 1965, and then the acquisition of 50% of the company in 1969, marked a kind of return to the world of racing, after the long absence determined by the decision to abandon sports competitions by Senator Agnelli , back in 1927, who was satisfied with the successes achieved and increasingly aimed at civilian production.

This acquisition allowed Fiat and Ferrari to collaborate with the common goal of technical development but at the same time allowed Enzo Ferrari to maintain that autonomy of management of its brand that he will retain until his death, in 1988, when 90% of the share package passes to the Fiat Group. 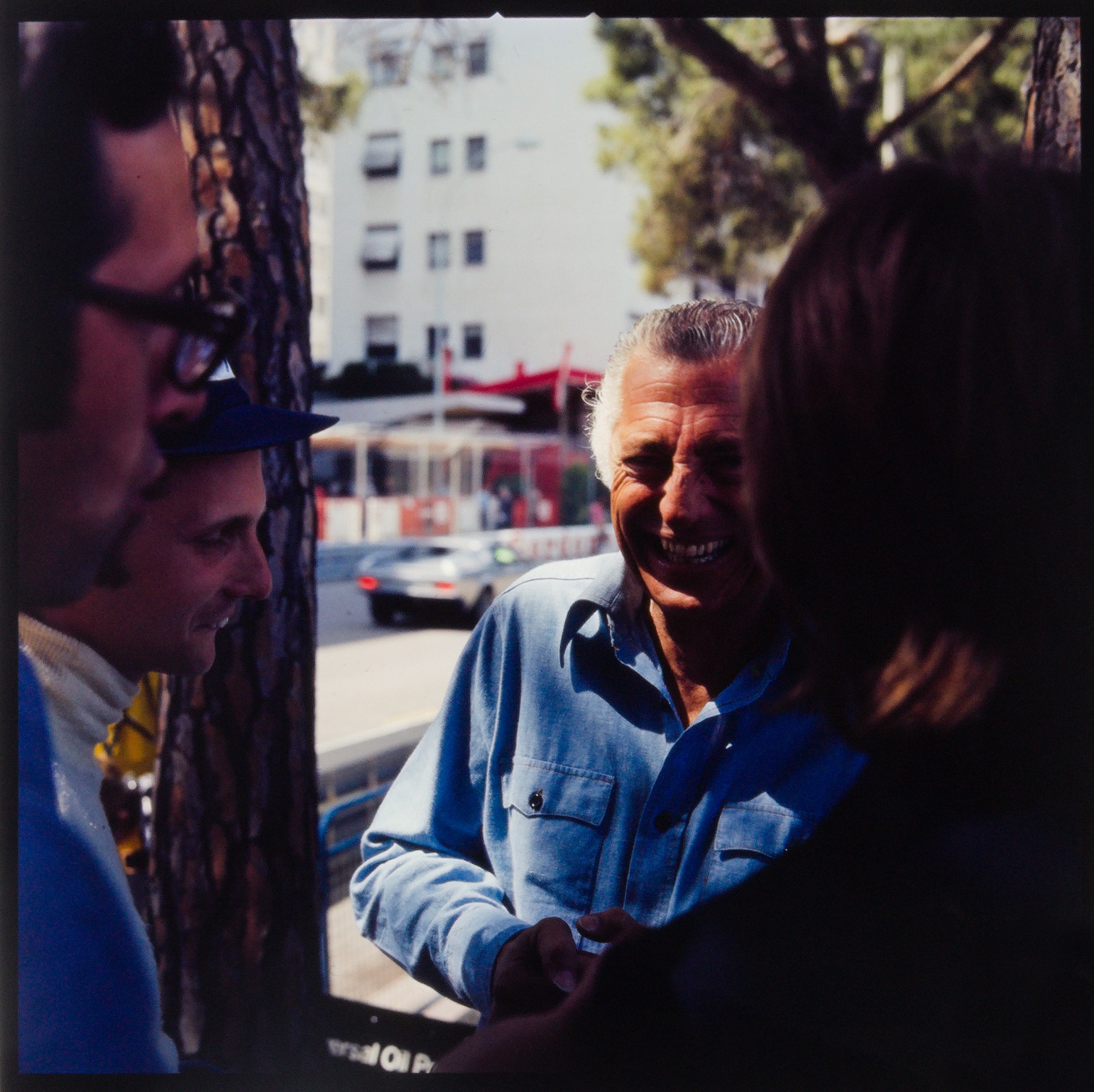 Gianni Agnelli, Niki Lauda on the left and next to him Mauro Forghieri (Giorgio Bellia Archive)

Gianni Agnelli’s international vision, already so innovative under the leadership of his grandfather Giovanni, distinguishes FIAT even in more recent years, being realised after the death of the Lawyer (which took place in 2003), first with the Marchionne era, which marks the birth of the FCA group – Fiat Chrysler Automobiles, and then with the merger with the PSA group, which gave birth to the new Stellantis brand.