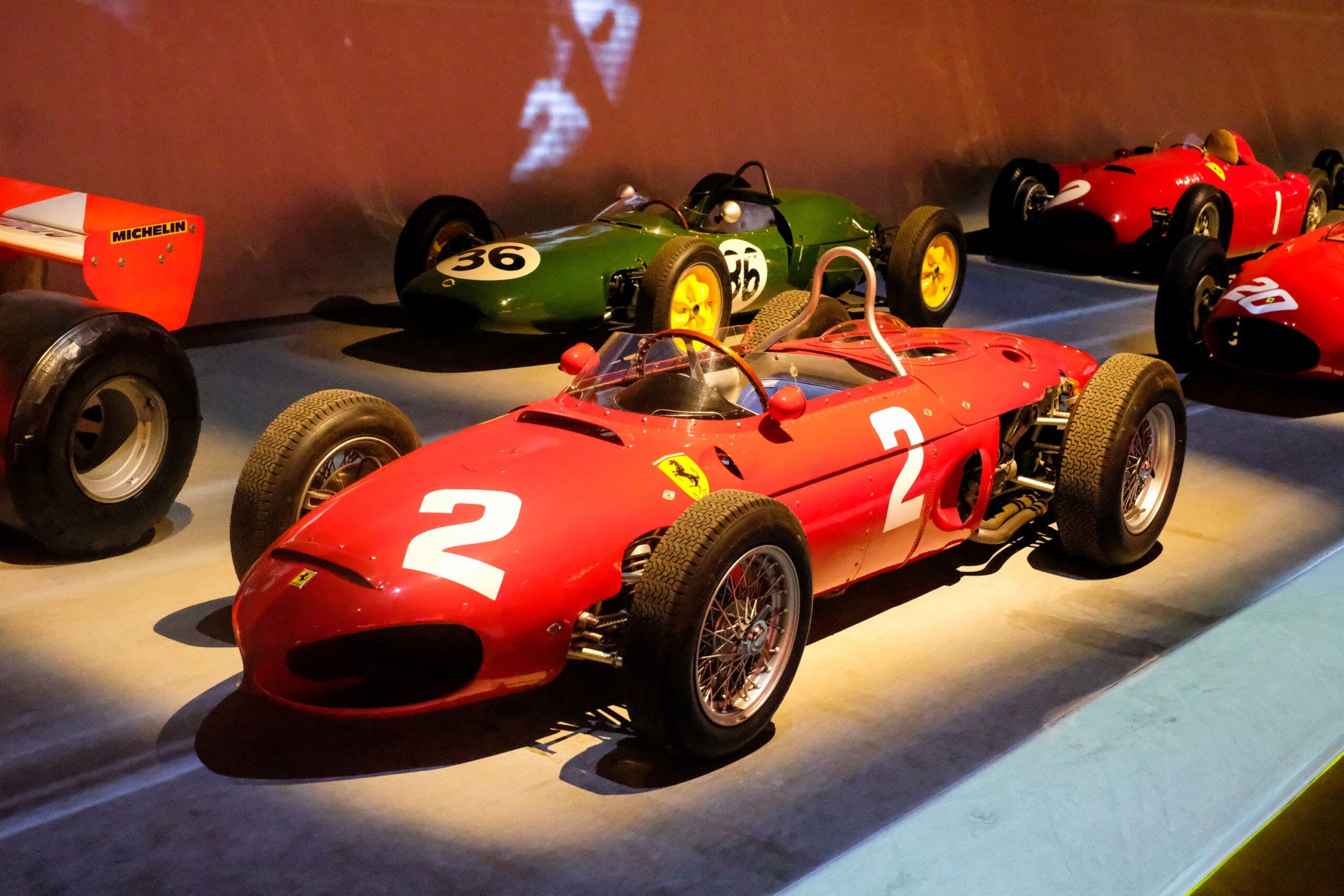 To celebrate the 100 years of the Italian Grand Prix, from the 10th September to the 1st November MAUTO will hold a special display of a Replica Ferrari 156 “Sharknose” and an original Lotus 21 from, two cars that played an important role in the 1961 Italian GP.

The 10th September is a very significant date, because the 1961 Italian GP was held on that very day 60 years ago. American driver Phil Hill was the winner on his Ferrari 156 “Sharknose”, but the race was marred by the tragic death of Hill’s teammate, Wolfgang von Trips, as a result of a collision with Jim Clark’s Lotus 21.

After the German GP held at the Nürburgring on the 6th August, it was clear that the race for the world title limited to the Ferrari couple, with Von Trips leading the standings with 33 points, only 4 points ahead of Hill. Von Trips took pole position in Monza, but at the start it was Phil Hill who took the lead of the race. At the second lap, von Trips collided with Jim Clark’s Lotus 21 in the straight that leads to the Parabolica curve: the German’s Ferrari took off spinning mid-air, crashing into a fence behind which dozens of spectators were following the race. Rescuers immediately rushed to the scene, but von Trips was already dead, as well as 14 spectators. The race was not interrupted and was won by Hill, who then became world champion. Ferrari decided not to race in the last event of the championship, out of respect for their fallen driver.

The Ferrari 156 F1 is the first mid-engined single-seater ever built by the Scuderia. Designed by Carlo Chiti, it had a Dino V6 engine with a 120° angle: it was a completely new approach for the Scuderia, as Enzo Ferrari had always been staunchly opposed to the mid-engine concept. The car, known as “Sharknose” because of its peculiar front air intakes, debuted at the 1960 Monaco GP, driven by the American Richie Ginther, who came in 6th, lapped several times by the winner Sir Stirling Moss. With Phil Hill at the wheel, the “Sharknose” won both the drivers’ and the constructors’ championships in 1961. By Enzo Ferrari’s decision, after a disappointing 1962 season, all the “Sharknoses” were destroyed, and only their main components were kept. The car on display is a replica based on the original blueprints, with a 120° engine and an original gearbox, and is owned by Jason Stuart Wright.

The Lotus 21, designed by Colin Chapman, is shaped by the idea of lightness, grip and aerodynamics: from its predecessor, the Lotus 18, it inherited the engine in the mid position and the tubular spaceframe; the bodywork is made up of fiberglass panels, instead of aluminium, in order so save weight. Chapman designed a very low cockpit, which forces the driver to adopt a semi-stretched out position and gives a better aero coefficient and a higher top speed. The engine was a 4-cylinder Coventry Climax FPF, and the car also had disc brakes. It debuted at the 1961 Monaco GP with Jim Clark from Scotland and Innes Ireland from Britain at the wheel. The car on display is the one that, Clark was driving when he came in collision with von Trips in Monza in 1961. The nose, which was damaged in the accident, was later reconstructed. 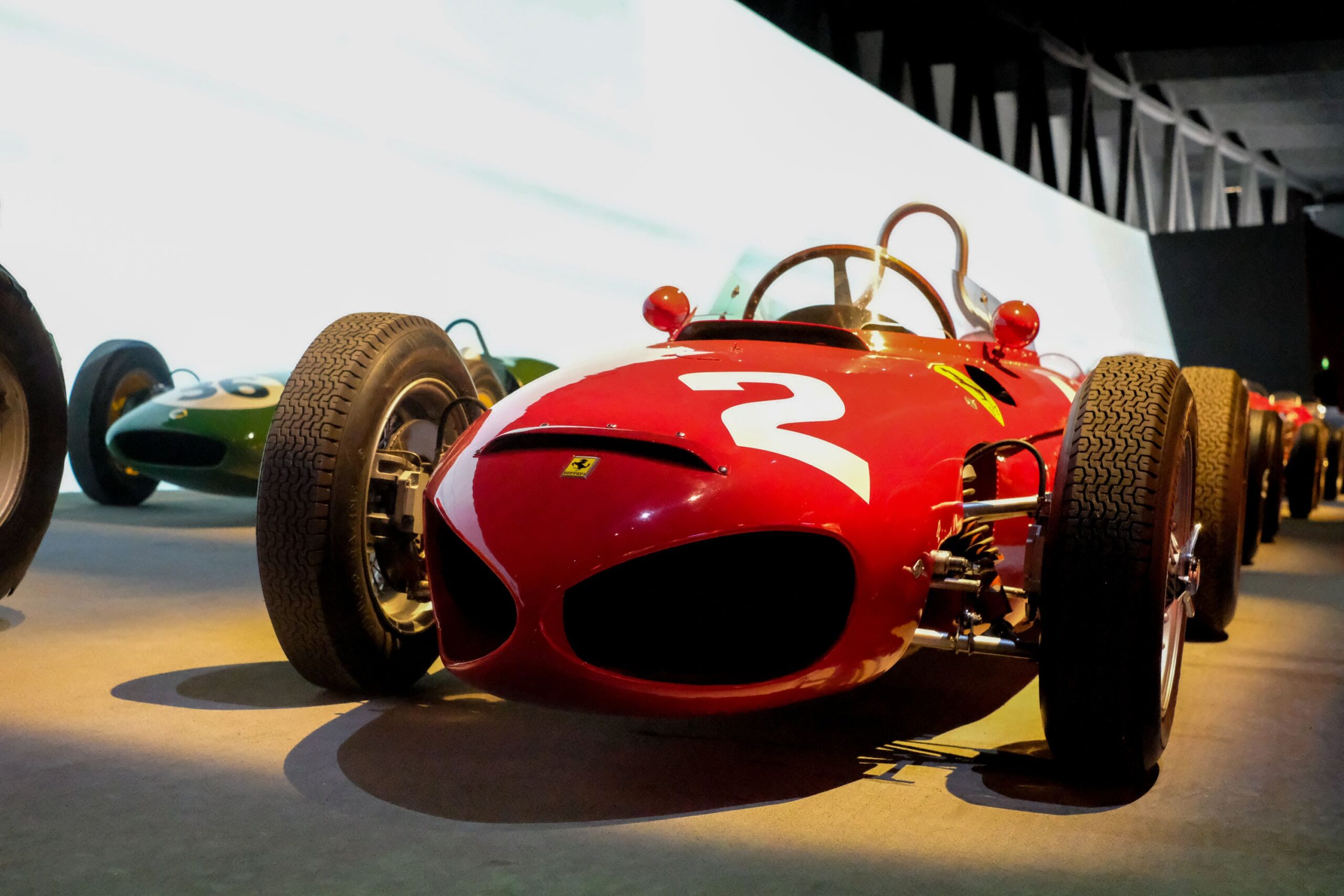 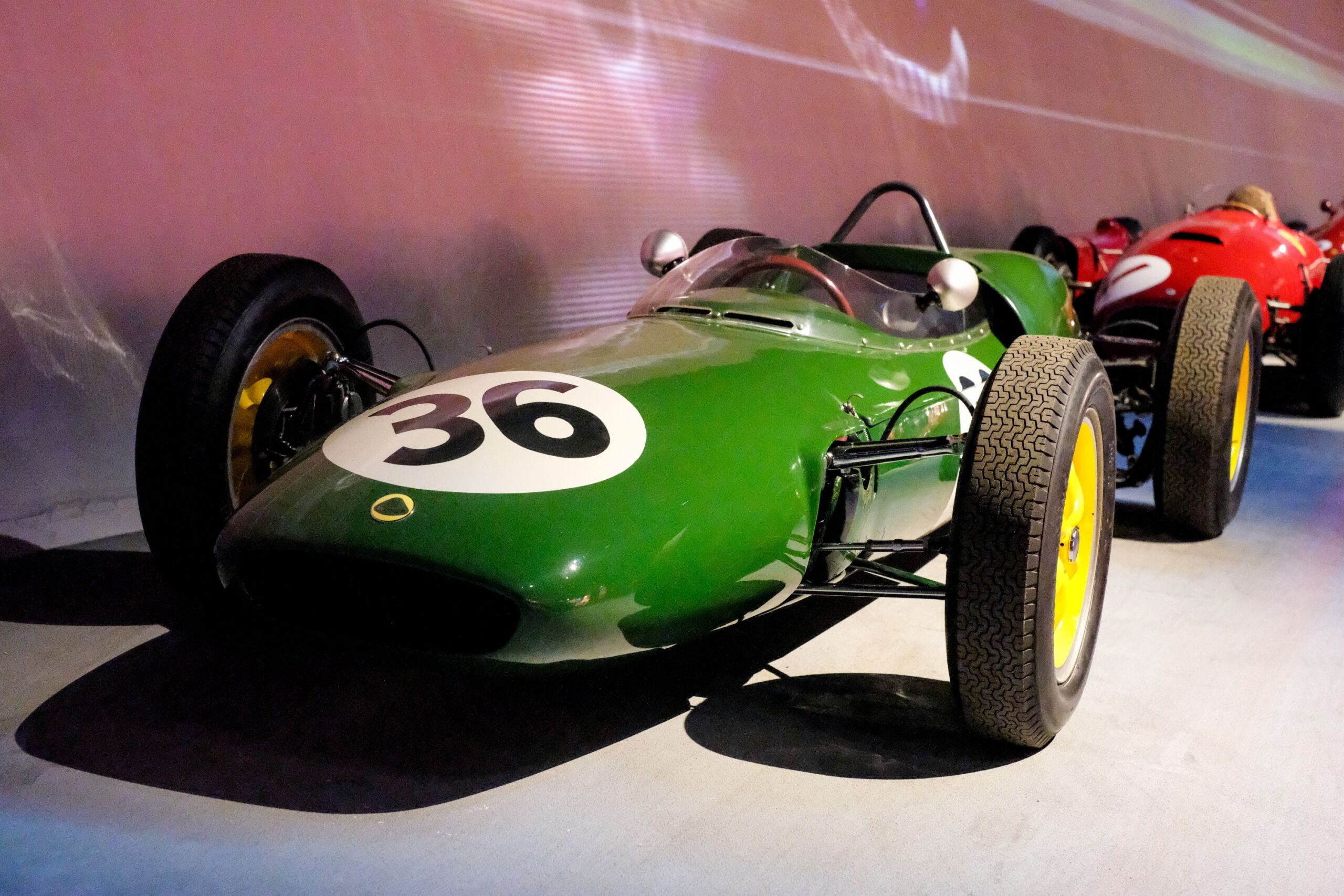