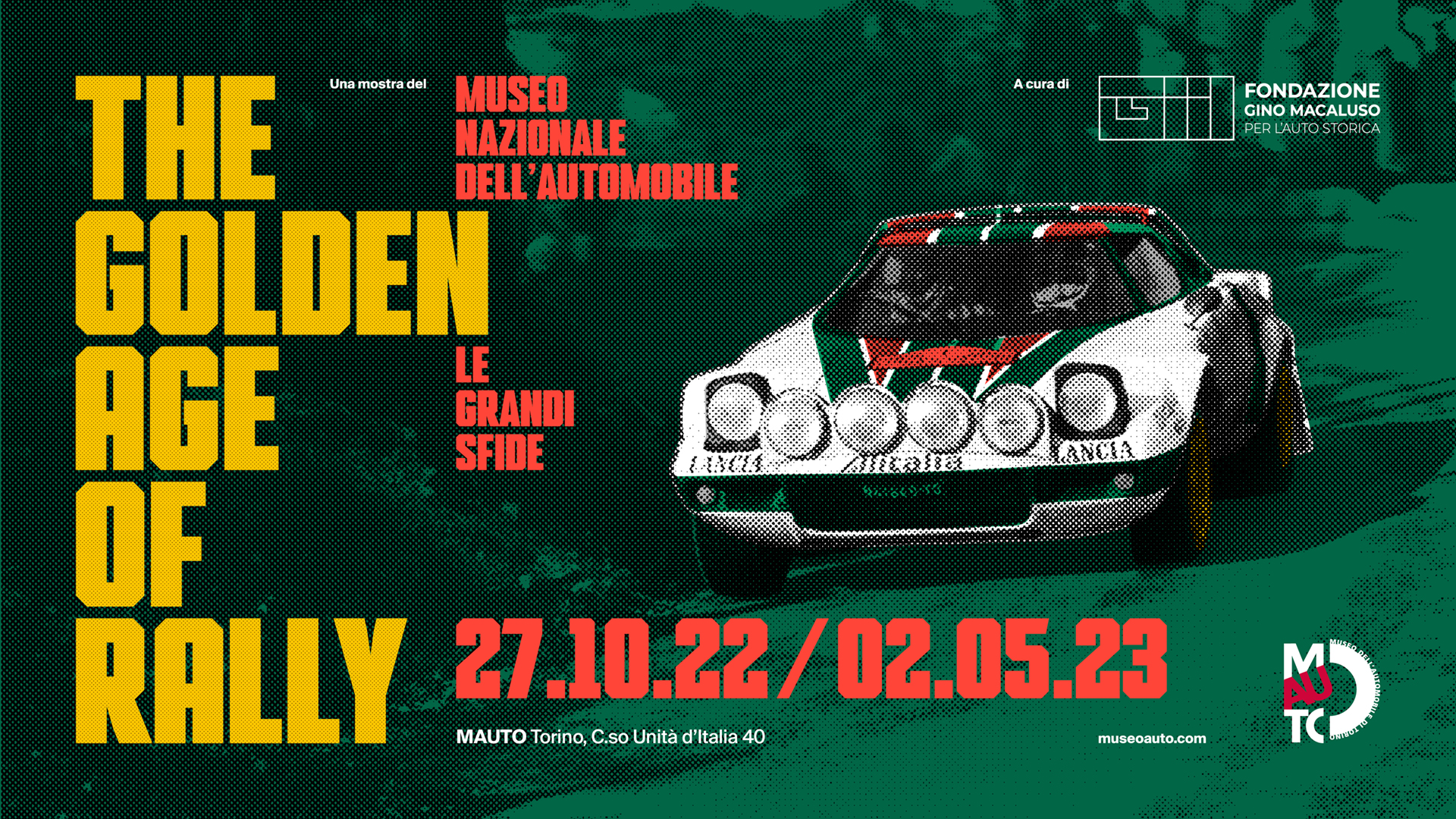 The golden age of the rally arrives in the rooms of Museo Nazionale dell’Automobile, in an exhibition that has no precedent on the international scene. Among the most important collections in the world, “The Golden Age of Rally” is a journey through the history of this sport, through the iconic specimens of Fondazione Gino Macaluso, which will be possible to discover in Turin from 27 October 2022 to 2 May 2023.

The cars on display will be those that, between the 1960s and 1990s, won the most important races of the championship, from Monte Carlo to the Safari Rally, from the Rally Finland to Sanremo. On display, there will be iconic examples, such as Lancia rally 037 evo2 and Audi Quattro, protagonists of challenges that have now become legends. They will tell the exploits of pilots and racing teams, the technological evolution, and the enormous success of audiences that have accompanied this sport over the decades.

The exhibition is conceived as an experiential journey that, through special videos and scenarios, will lead visitors to immerse themselves in the world of rallying: a leap back in time, in an era dominated by mechanics, speed, in a challenge to the limits that have seen legendary cars and drivers as protagonists. Names such as Biasion, Mäkinen, Kankkunen, Mouton, Pinto, and Saintz, whose deeds can be read in a special hall of fame set up on the occasion of this exhibition that, with its different focuses, aim to attract and involve different audiences, also offering new points of view to those who already love this sport.

The models come from the collection of Gino Macaluso, in whose memory the homonymous Foundation was established by the will of his wife and family, to enhance the car as an object of worship, capable of combining technological innovation and humanistic culture, craft tradition, and the beauty of the cutting-edge design. The collection is among the most important in the world and unique in its kind for the Palmares of cars, the prestige and originality of its models: historic cars that have made the history of automotive design and motorsport, becoming a point of reference for scholars, collectors, and enthusiasts. 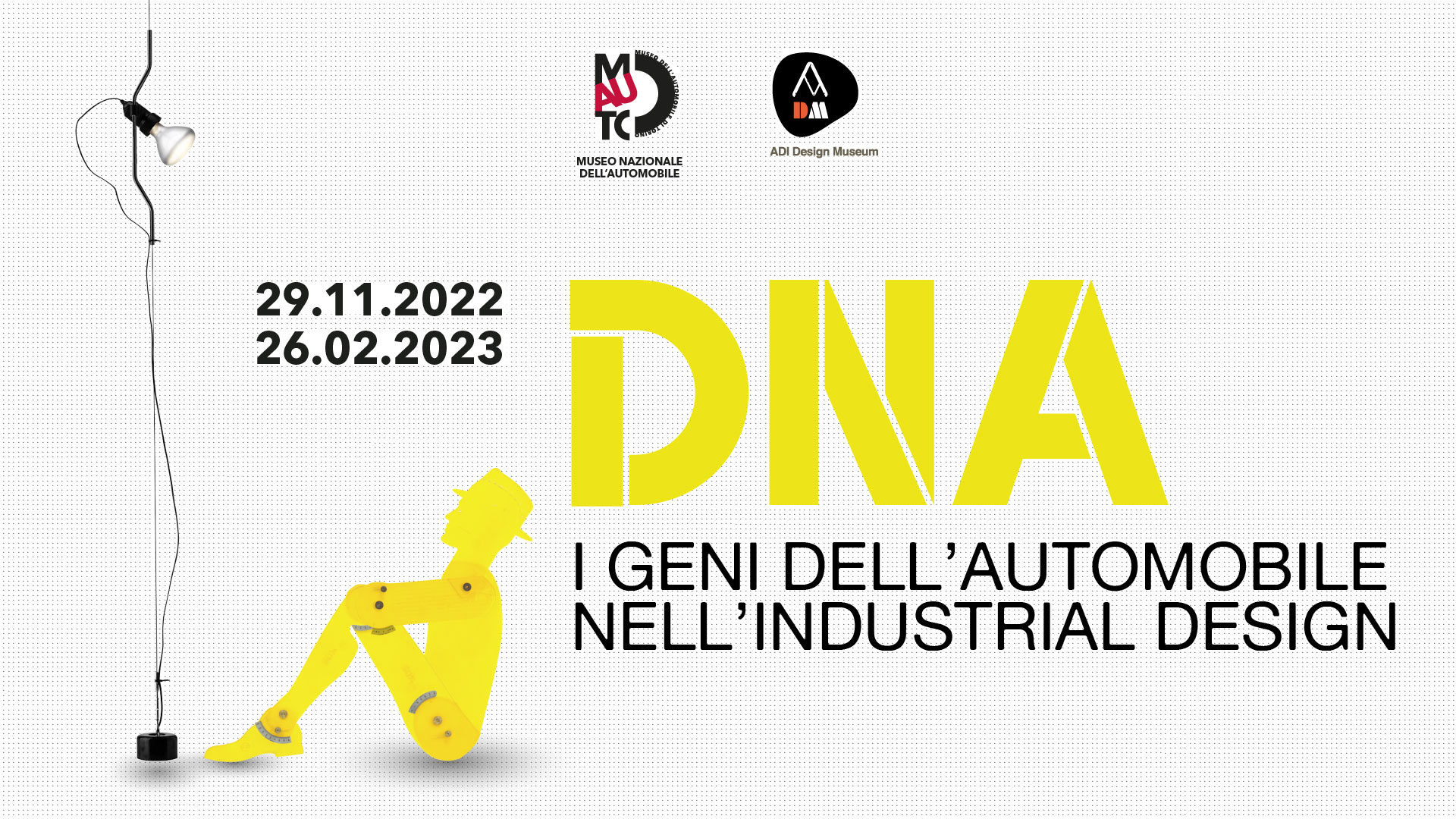 A double exhibition created by MAUTO – The National Automobile Museum of Turin and ADI Design Museum – Compasso d ‘Oro in Milan: two exhibition venues to tell the relationship between industrial design and car design, the Milanese and Turin schools, two cities that look at each other in a way that is not always linear.

The Cisitalia was not a product of Detroit: half the size of an American sedan, and almost devoid of decoration or chrome, it came from Turin and opened the way to modern style. Established in 1946, it had already been exhibited at MoMA in 1951, in a famous exhibition together with seven other cars. Defined as “rolling sculptures”, they were the first cars to cross the threshold of an art temple. Hence, the two mirror exhibitions in Milan and Turin:

In Milan – from Thursday 24 November 2022 to Sunday 8 January 2023 – a red Cisitalia 202, identical to the one in the MoMA collection, will be exhibited in the Compasso d’Oro gallery, in an exhibition that evokes the MoMA of the 1970s.

In Turin – from Tuesday 29 November 2022 to Sunday 26 February 2023 – at MAUTO, where Cisitalia 202 has a large space in the permanent path, the exhibition will investigate the relationship “design-car design” exhibiting, for the first time, a selection of works by the leading car designers, when they have explored different areas.